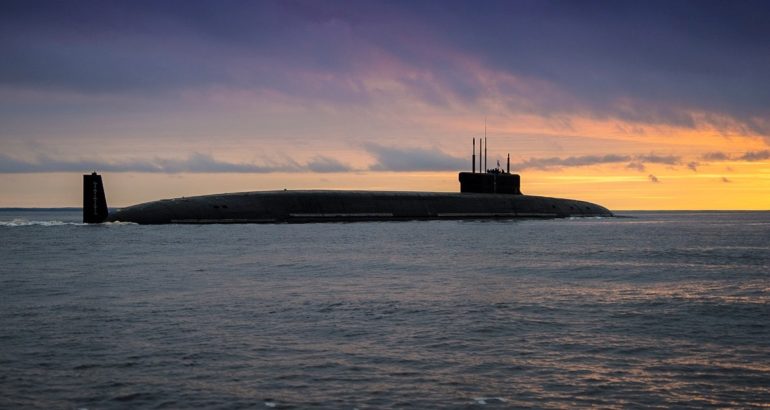 The Knyaz Vladimir Borei A-class nuclear submarine of project 955A began underwater trials in the White Sea before the handover to the Northern fleet, the Defense Ministry said.

“Since May 12, the submarine has operated in a surfaced state to check running and maneuvering capabilities. The underwater trials are assisted by two tugs of Belomorskaya naval base and the Mikhail Rudnitsky rescue vessel,”

The trial team and the crew check the elimination of previously exposed drawbacks and the operability of all systems and mechanisms.

After the trials, a decision will be made to include the submarine into the Northern fleet and deploy it in the Kola Peninsula.

It is the lead SSBN of upgraded project 955A. It differs from project 955 by hull lines, low noise and improved controls.

The Pacific fleet will receive upgraded submarines of project 955A. They lost characteristic overhangs in the bow to make the hull more streamlined. The profile of mast housing changed. It no longer narrows to the deck.

Already three Project 955 submarines are currently in service. The five others expected are 955A. Among them four are currently under construction.