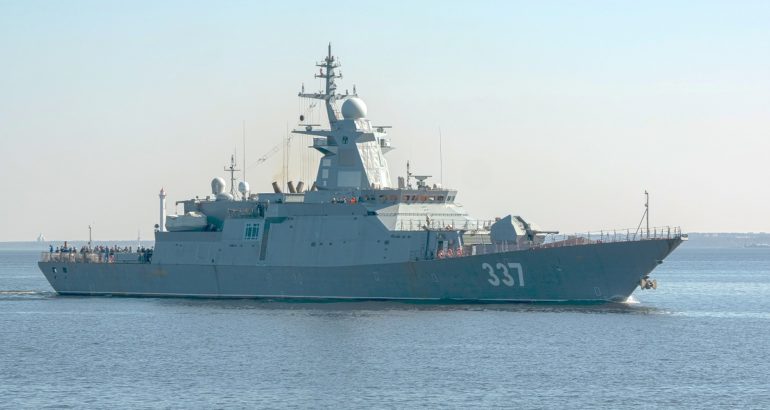 The Gremyashchy lead corvette of project 20385 returned to Severnaya verf Shipyard for primary inspection and elimination of remarks exposed by acceptance trials, the shipyard said.

“The primary inspection will take a month. The Gremyashchy will be inspected in a dock. Shipbuilders will inspect mechanisms and systems, clean the cisterns and do other work with the underwater hull, restore insulation and paint, and eliminate the remarks of the crew,”

The corvette is to begin final acceptance trials in August. The Gremyashchy is built for the Pacific fleet. Severnaya verf Shipyard is building the Provorny corvette of the project for the fleet as well.

The Gremyashchy had its keel laid in St Petersburg in February 2012 and was launched in June 2017. It sailed from the Baltic to the White Sea in November 2019 and started acceptance trials in December . It is set to join the Pacific Fleet via the Northern Sea Route therefore the schedule is getting tight for a commissioning this year (which was expected to take place at the beginning of 2020).

Project 20385 corvettes were designed by Almaz bureau. The multirole corvettes have to detect and destroy submarines and surface warships, support landing operations and engage in various brown-water missions. The displacement is 2500 thousand tons, the length is 106 meters, the width — 13 meters, the speed -27 knots, the cruising capacity is 4000 miles and autonomous navigation is 15 days. The corvettes are armed with the universal Kalibr launchers, the antiaircraft Redut missiles, antisubmarine Paket complex, 100mm artillery gun A-190-01, two 30mm AK-630M, and a Ka-27 antisubmarine helicopter.