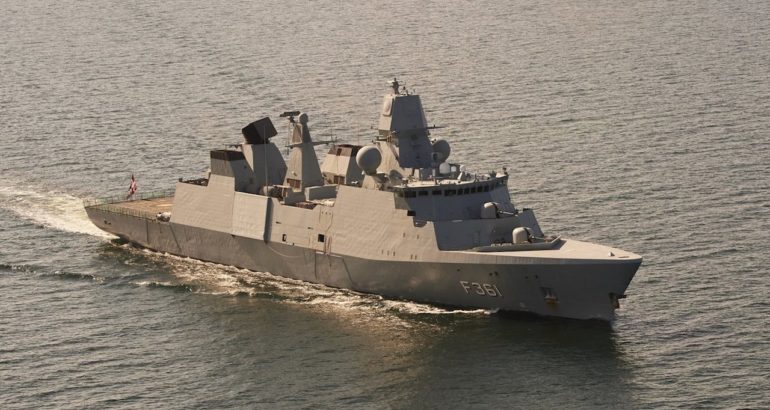 After two weeks of sailing, the Royal Danish Navy frigate Iver Huitfeldt has now arrived in the Arabian Sea and formally entered the Operation Agenor on August 25.

The frigate left Denmark on 10 August and sailed via the English Channel, the Mediterranean, the Suez Canal and the Red Sea. Iver Huitfeldt is now in the Arabian Sea heading for the Strait of Hormuz.

“A large part of the world is still dependent on oil exports from the Arabian Gulf, and therefore this strait has great significance for large parts of the world economy. Danish ships also often sail through the Strait of Hormuz and thus constitute an important source of prosperity and employment in Denmark. At the same time, Denmark is the world’s 5th largest maritime nation – therefore we also have a responsibility to ensure free shipping through the strait,”

Once in the Strait of Hormuz, the Danish vessel will monitor and establish a picture of the maritime situation which will support the free movement of shipping in the area. Parts of the crew are replaced on an ongoing basis. There are about 160 soldiers on board.

The Iver Huitfeldt-class is a 138 meters long anti-air warfare frigates of 6600 tonnes displacement, built by Odense Staalskibsvaerft for the Royal Danish Navy. Three have been built and all of them were commissionned in 2011.

The Standard Flex concept is a combination of standard platforms and different exchangeable weapon and system modules to match different missions or roles. Sensors and systems common to all roles are permanently fitted. As a truly “plug and play” concept it offers unique operational flexibility and exceptional lifelong logistic and financial advantages.