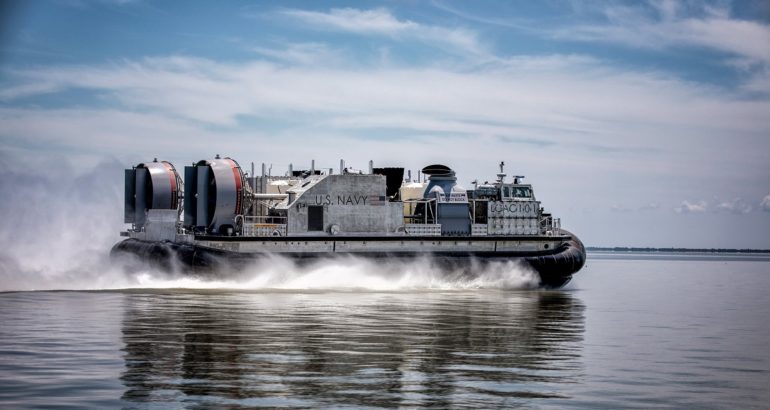 The LCAC is a high-speed, over-the-beach, fully amphibious landing craft capable of carrying a 60-70 ton payload. The LCAC replaces the existing fleet of legacy LCAC vehicles, and will primarily transport weapon systems, equipment, cargo, and personnel of the assault elements through varied environmental conditions from amphibious ships to and over the beach.

The delivery follows the successful completion of Acceptance Trials with the Navy’s Board of Inspection and Survey. During these at sea trials, the craft underwent testing to demonstrate the capability of the platform and installed systems across all mission areas to effectively meet its requirements.

“Our next generation surface connectors are going to significantly enhance the Navy and Marine Corps team’s capability to execute missions – from humanitarian assistance to amphibious assault. We have 12 additional craft in production with another 10 on contract, positioning us to steadily deliver increased capability to our fleet over the coming years.”

LCACs are constructed at Textron Systems in Slidell, Louisiana and are built with similar configurations, dimensions, and clearances to legacy LCAC, ensuring the compatibility of this next-generation air cushion vehicle with existing well deck equipped amphibious ships, as well as Expeditionary Transfer Dock and the Expeditionary Sea Base.