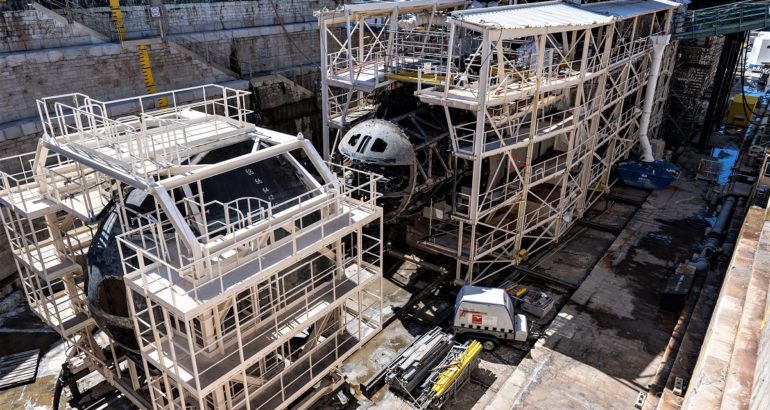 French Navy picture taken on 17 June showing the aftermath of the fire aboard Perle SSN, in its dry dock in Toulon; ©Benoit Emile/Marine Nationale/Défense

Fate of Fire-Damaged SSN Perle to be Decided in October

Lighting is said to be the cause of the fire that broke out aboard French Navy Rubis-Class nuclear-powered attack submarine (SSN) ‘Perle’ in June, according to the new French Navy's Chief of Staff, Admiral Pierre Vandier. A decision on the fate of the SSN will be made in October, pending the results of the ongoing investigation.

“It is believed that the fire was caused by lighting that began to consume a sheet of vinyl plastic that was in a wooden box,” installed to “avoid contaminating the boat” with “asbestos remains” that the hull could contain, Vandier said while assuming command of the French Navy during a ceremony aboard Charles de Gaulle aircraft carrier in Toulon yesterday.

“As it was a box (…), observation of the fire starting came late and then the fire was extremely powerful” in a place where “a lot of air” was circulating, Vandier mourned, mentioning the first elements of a technical expertise.

An “in-depth analysis of the state of the submarine” will be presented this fall to the French Minister of the Armed Forces, Florence Parly. These first elements will allow the French MoD to evaluate all potential scenarios and to appreciate how the submarine “can be repaired and put back at sea,” the minister declared. A decision will be made in October, Admiral Vandier stated.

For the record, on June 12, at 10:35 am, a fire broke out in the fore zone of the Rubis-class SSN Perle in a basin within the naval base of Toulon (South of France). The blaze was put out at 12:50 am the next day, after more than 14 hours of a fight that mobilized a hundred firefighters and more than 150 sailors in support.

Should Perle not be able to return to active duty, the consequences may be serious for the French Navy as it would leave a large capability gap affecting the French submarine force as well as the security of the French nuclear deterrence. This would leave the French Navy with only 4 operational SSN. The Rubis-class SSN Saphir (second boat of the class) was decommissioned in July 2019. The next class of SSN, the first ship-in-class Suffren , which started sea trials recently, won’t be fully operational until 2021.

Speaking of Saphir, according to our information, one of the options being considered would be to use the forward section of the decommissioned submarine and plug it to the aft section of Perle. Saphir‘s hull is currently in Cherbourg while Perle is still in Toulon.

From the beginning, the boats were disapointingly noisy and failed to achieve some of the performance objectives (such as top speed). As a consequence, the French Navy and industry embarked on the Amethyste upgrade program in 1989. AMETHYSTE stand for Amélioration tactique, hydrodynamique, silence, transmission, écoute (Silent Acoustic Transmission Tactical Hydrodynamic Improvement). It brought a number of upgrades including a major change to the hull form and bow. By 1995, all six boats of the class had been upgraded.