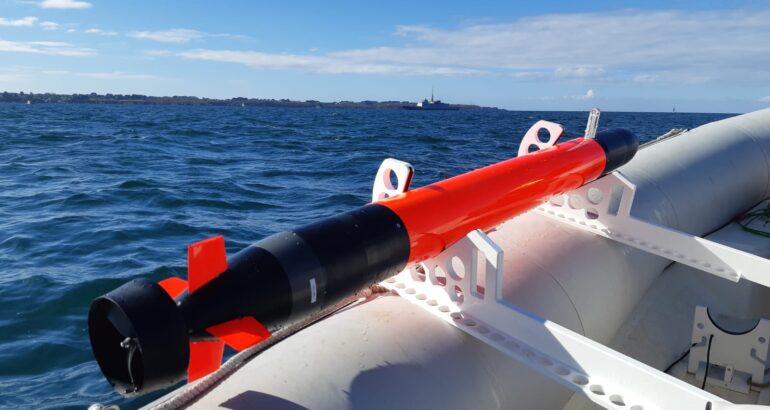 Within the framework of a contract notified by the DGA (French Directorate General of Armaments), RTSYS is carrying on innovations initiated in 2011 regarding ASW training targets.

These new SEMA MK-II targets strengthen crews training capabilities in Anti-Submarine Warfare (ASW) by offering acoustic signature simulation of a submarine, and respond to latest-generation LFA1 sonars and homing torpedo heads, putting crew at the heart of operational scenarios by surprising it with kinematic escapes.

More compact than the Mark I, SEMA MK-II weighs 33 kilograms and measures 2.13 meters long. It offers unrivaled acoustic and kinematic performances while keeping the strong skills of a light target easy to deploy and recover from any kind of watercraft (from RHIB to frigate).

SEMA MK-II can navigate down to 300 meters depth during 10 hours at 4 knots (1.5 hours at 15 knots) thanks to its secured battery, high-capacity and easily rechargeable on board. Navigation skills combined with GPS repositioning also offer optimal and increased surface localization conditions at the end of the mission.

Various improvements have been qualified on this new standard such as safety of use, safety in transport and on board (UN38.3 air transport compliance), data security, UHF surface localization module, escape capability, or functionalities of the new user-friendly and intuitive HMI.