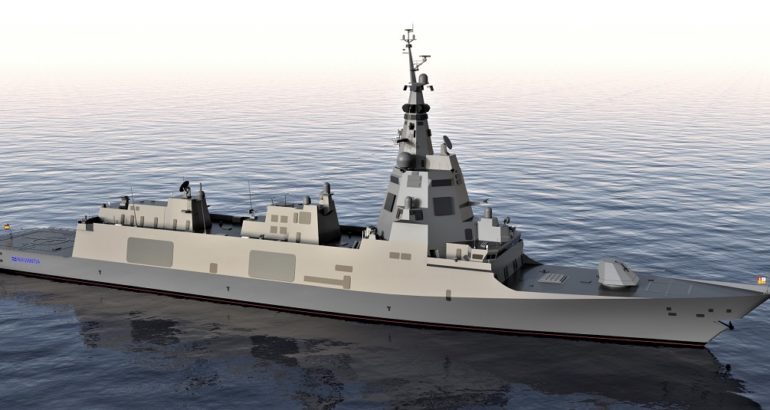 Spanish shipbuilder Navantia has contracted Damen Marine Components (DMC) for a series of rudders and steering gear systems. The equipment is for five vessels that Navantia is constructing for Armada Española – the Spanish Navy.

These next-generation vessels are of the F110 frigate class. DMC’s scope involves supplying Navantia with Twin Van der Velden ATLANTIC Rudders specifically developed for minimum noise and vibration throughout the system; from the rudder blades to associated equipment such as the bearings, cylinders and hydraulic power units.

The ATLANTIC Rudder is also well-known for its low and drag and low vibrations. Its slim profile ensures minimal resistance – especially on high speed vessels.

“We are very pleased to be selected by Navantia as the supplier for the manoeuvring system on this Programme. With this order, DMC strengthens its position in this market segment”.

They are being constructed as a replacement for the Spanish Navy’s Santa Maria-class frigates. The vessels will feature anti-submarine capabilities and will undertake fleet protection, maritime security in joint and combined missions.