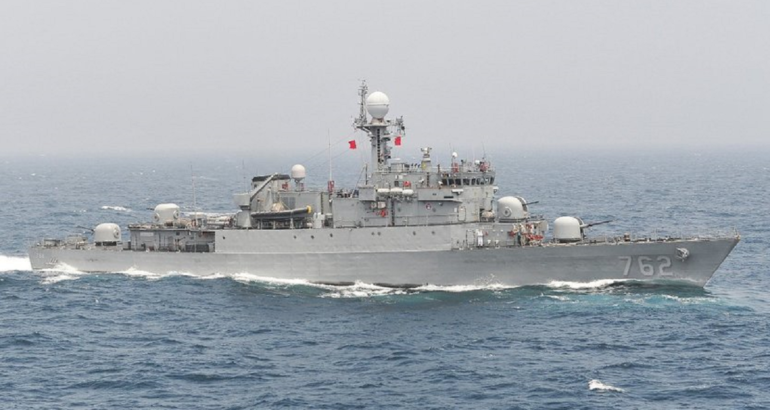 In a statement released on January 20, Admiral Yudo Margono, the Chief of Staff of the Indonesian Navy (TNI AL), announced that the Republic of Korea Navy (ROKN) will transfer a retired corvette to Indonesia.

Seoul hopes the gifted corvette will pave the way for the procurement of additional submarines or surface vessels by Indonesia.

Admiral Yudo Margono had requested the transfer of three corvettes during a visit to the Republic of Korea (ROK) in April of last year. Contrary to initial media reports, the transfer of only a single corvette has been confirmed, with the additional transfer of two more vessels still under consideration, a source familiar with the deal told Naval News. This has been confirmed by other media outlets, including Yonhap News, the ROK’s national wire service. The exact class of ship that will be transferred to Indonesia has not yet been revealed, however Naval News believes it will likely be a Pohang-class corvette.

Some expect greater cooperation between the ROKN and TNI AL will open up new business opportunities for ROK shipbuilders. Daewoo Shipbuilding & Marine Engineering (DSME) will send technicians next week to conduct maintenance on the first two of the three 1,400-ton Jang Bogo-class submarines delivered to Indonesia as part of a USD 1.07 billion deal.

The technicians will be accompanied by Kang Eun-ho, the head of the Defense Acquisition Program Administration (DAPA), who will attempt to come to a settlement on a USD 0.97 billion deal for three additional Jang Bogo-class submarines. The deal, signed in 2019, is currently in limbo with the Indonesian government refusing to make the initial USD 180 million payment required for the delivery process to begin.

“Everything is open but finalizing the deal or signing a new one for more submarine and/or surface vessels will not be easy under the current minister. This is the same not only for DSME, but also for Fincantieri and Naval Group” a source familiar with the situation told Naval News.

The ROK and Indonesia have developed strong military ties; Indonesia is one of the largest importers of ROK arms, especially naval vessels. The ROK has delivered many of the country’s most important warships, including the Makassar-class landing platform dock, the largest ships in the fleet. Domestic support for such programs in the ROK, however, has ebbed and flowed over the years. Some South Koreans view the Indonesian government as being uncooperative; the delays concerning the second batch of Jang Bogo-class submarines have heightened such sentiment, as well as with the K-FX stealth fighter project. A potential breakthrough next week would do much to consolidate bilateral ties.

The Pohang is a class of Patrol Combat Corvette (PCC) of the Republic of Korea Navy (ROKN). A total of 24 ships were built by several South Korean shipyards: Korea Shipbuilding Corporation, Hyundai Heavy Industries, Daewoo Shipbuilding, and Korea Takoma.

The primary mission of the corvette is coastal line patrolling. Pohang class is deployed as the main force to monitor defense on the South Korean coast. These ships were equipped to perform anti-submarine, anti-ship, and anti-aircraft warfare operations in the littoral environment.

As the Pohang-class ships are progressively being phased out of the ROK Navy (being replaced by the new generation Incheon-class frigates, and gradually by the FFX batch II and FFX batch III), several of the corvettes have been transferred to South Korea’s allies (namely Peru, Vietnam, the Philippines, Colombia and Egypt). The first-in-class ship is now a museum in Pohang city. The 14th ship of the class, ROKS Cheonan, was sunk on 26 March 2010 by a torpedo launched by a North Korean Yeono-class submarine, killing 46 sailors.