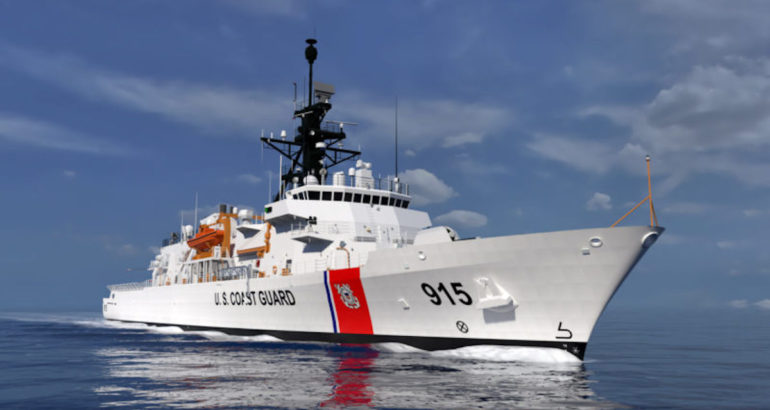 Contract delivery of the fourth OPC, to be named “Rush,” is scheduled to occur in 2025. The total value of this contracting action is $325.06 million.

The first three OPCs are currently in production at ESG’s shipyard in Panama City, Florida.

The OPC meets the service’s long-term need for cutters capable of deploying independently or as part of a larger task force and is essential to stopping smugglers at sea, rescuing mariners, enforcing fisheries laws, responding to disasters, interdicting non-citizens and protecting the nation.

The acquisition of up to 25 OPCs will complement the capabilities of the service’s national security cutters and fast response cutters as an essential element of the Department of Homeland Security’s layered maritime security strategy.

About the USCG’s offshore patrol cutter

Each OPC will be capable of deploying independently or as part of task groups and serving as a mobile command and control platform for surge operations such as hurricane response, mass migration incidents and other events. The cutters will also support Arctic objectives by helping regulate and protect emerging commerce and energy exploration in Alaska. The OPC design includes the capability of carrying an MH-60 or MH-65 helicopter and three operational Over The-Horizon small boats. The vessel is also equipped with a highly sophisticated combat system and C5ISR suite that will enhance capabilities to execute the service’s missions. Leonardo DRS provides the hybrid electric drive system.

Production of the lead OPC, Argus, began in January 2019. It is scheduled for delivery in 2022.