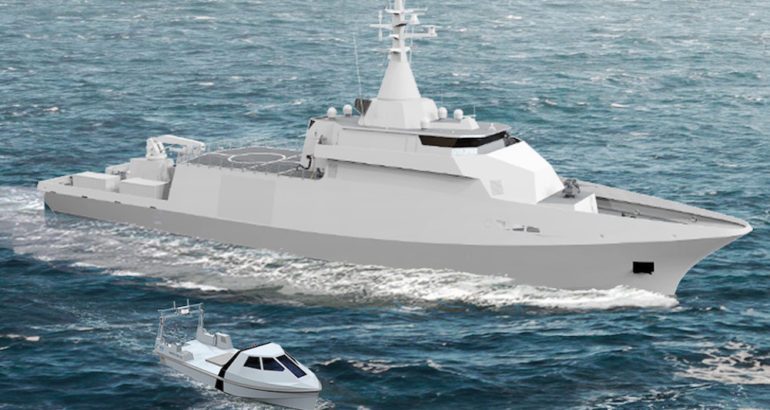 According to Belgian daily newspaper L’Echo, Naval Group and ECA Group underbid its competitors: The procurement of 12 vessels and associated equipment would ultimately amount to 1.756 billion euros, at the rate of 887 million for Belgium and 966 million for the Netherlands.

Under this 2Bn€ program, the Belgian Naval & Robotics consortium will design and produce 12 new generation Mine countermeasures (MCM) vessels and 10 tool boxes. The Belgian Navy (Marinecomponent / Composante marine) and the Royal Netherlands Navy (Koninklijke Marine) will each get 6 so called mine warfare “motherships”. Belgium was the lead nation for this procurement process.

With the contract now awarded, we are eager to see Belgian Naval & Robotics’ mothership design. This consortium is indeed the only one of the three competitors that has yet to unveil its MCM vessel design publicly. A Naval Group spokesperson previously told Naval News that the procurement process prevented them from disclose details about their design.

Earlier this year, Naval News toured Naval Group and ECA facilities to learn more about their offer. You can read all about it in this article.

The Belgian and Dutch navies will start replacing their ageing fleet of MCM vessels from 2023. The Tripartite class vessels were built in the 1980s under a trilateral program between Belgium, Netherlands and France. Under the MCM program, the two navies intend to purchase 12 new vessels, 10 “tool boxes” and an initial 10 years support contract.