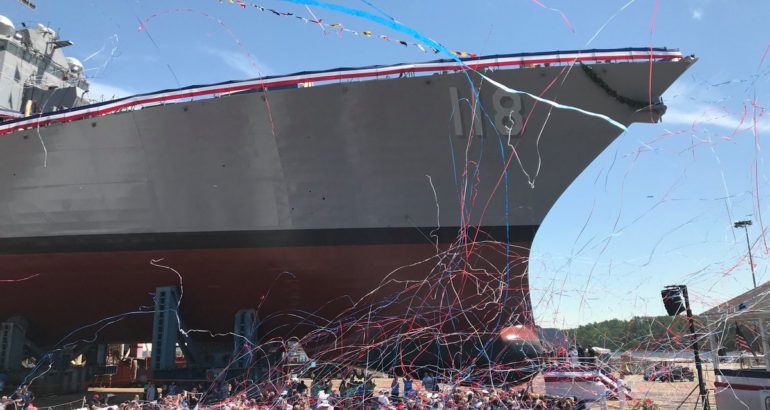 USS Daniel Inouye is named in honor of Daniel Inouye, who served as a United States Senator for Hawaii from 1963 until his death in 2012. He received the Medal of Honor June 21, 2000 for his extraordinary heroism in action while serving with the 442nd Infantry Regiment Combat Team in Italy during World War II. During an assault April 21, 1945, an exploding grenade shattered his right arm; despite the intense pain, he refused evacuation. He remained at the head of his platoon until they broke the enemy resistance and his men deployed in defensive positions, continuing to fight until the regiment’s position was secured.

The Daniel Inouye will be 509.5 feet long and 59 feet wide, with a displacement of 9,496 tons. She will be homeported in Pearl Harbor.