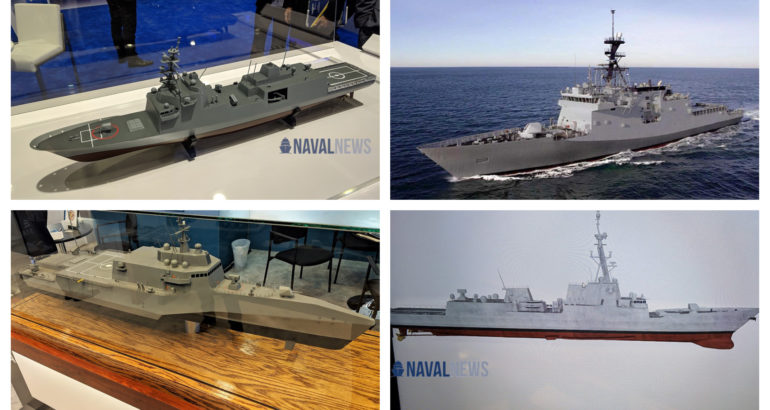 US Navy released final RFP for the FFG(X) competition

The U.S. Navy released a request for proposals (RFP) for the guided missile frigate FFG(X) detail design and construction (DD&C) contract for the first 10 ships (one base ship and nine option ships), the PEO Unmanned and Small Combatants announced on June 20.

The RFP provides for a full and open competition and will result in a contract awarded to one company in fiscal year 2020. The guided missile frigate is an agile, multi-mission platform designed for operation in blue water and littoral environments.

The US Navy previously released a draft FFG(X) DD&C RFP to industry on March 1 and hosted an Industry Day event on March 19. Through these interactions, the Navy received feedback from industry that informed the RFP released on June 20.

According to the Navy, “the FFG(X) will have multi-mission capability to conduct air warfare, anti-submarine warfare, surface warfare, electronic warfare and information operations. Offerors who respond to the DD&C solicitation must propose an FFG(X) design based on a parent ship design that has been through production and demonstrated in full scale at sea. Per 10 U.S.C. 7309, construction of naval vessels in foreign shipyards is prohibited.”

To reach the US Navy’s full requirement of 20 FFG(X)s, a second contract is planned closer to fiscal year 2025 for the next 10 ships to ensure more accurate pricing on out-year ships. This will be beyond the six years planned for this initial contract.

As Lockheed Martin recently left the competition, the four remaining FFG(X) contenders are:
– Austal (with the Austal Frigate based on the Independence-class littoral combat ship)
– Fincantieri Marine Group (with the FREMM multimission frigate)
– Huntington Ingalls Industries (with an unknown design)
– Navantia / BIW (with the F100 frigate)