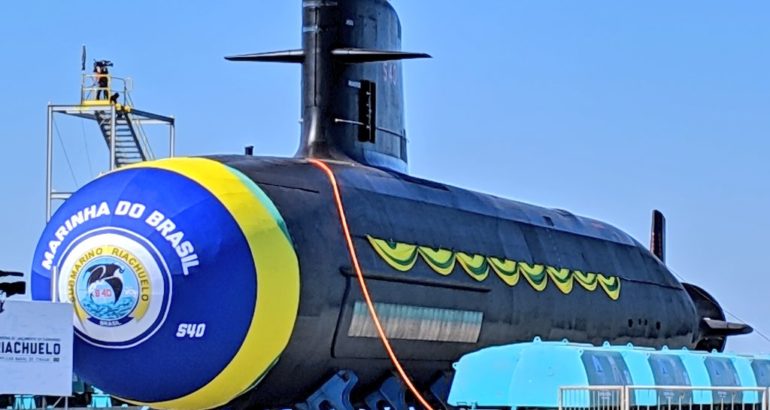 Launched on December 14 2018, the Riachuelo attack submarine is now in the final preparation phase before heading to the Atlantic waters. The new Brazilian submarine will first carry out initial tests at dock before its departure, when the propulsion, navigation, and communication systems will be tested.

At a later stage, Riachuelo’s armament systems will be tried out through the launch of a F21 heavy torpedo and a mock-up of the MBDA’s SM39 Exocet Block 2 Mod 2 anti-ship missile.

Sea trials are scheduled to last until the first half of 2020, while submarine commissioning is scheduled for October 2020. The Riachuelo will be followed by the Humaitá submarine (S41), scheduled for launch in 2020, the Tonelero (S42) in 2021 and the Angostura (S43) in 2022.