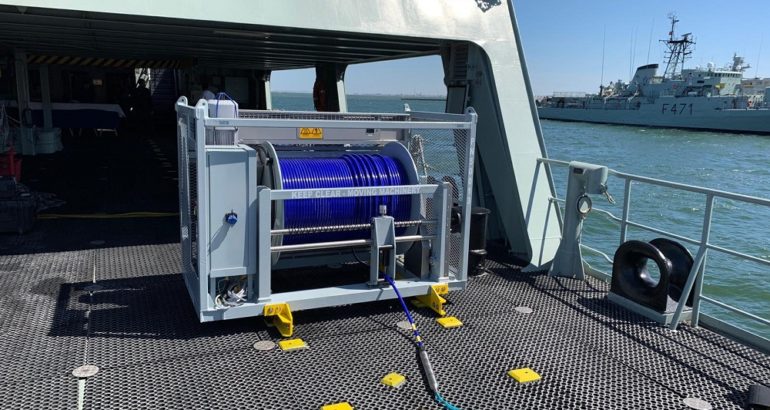 An opportunity to test and evaluate the new capabilities for NATO countries, Exercise REP(MUS) 19 drew approximately 800 military participants from Portugal, the UK, Belgium, Italy and the USA alongside experts from both academia and industry. Exercise REP (MUS) 19 is a unique and collaborative project, which allows industry, academia and the military to test the latest surface and subsurface capabilities in real military operating conditions.

“Exercise REP (MUS) 19 was the first end to end deployment of the KraitSense™ system and the feedback that we’ve received from military personnel at the event has been very positive. From the system’s ease of integration and installation to its unique operational configuration, the KraitArray™ flexibility, small footprint and ability to detect, track and classify a quiet electric submarine was a true demonstration of the solution’s capability.”

The exercise took place in Lisbon on 8 – 27th September and saw SEA’s KraitSense™ installed onto a Portuguese OPV in just two days at the dockside. To enable the effective analysis of the ASW environment, SEA’s sonar analysis and integrated maritime awareness software (provided by OSI) was also installed to provide a fully integrated solution fully integrated with the vessel’s other data systems.

Peter added, “The trial was also an opportunity for SEA to test a new long tow cable to help reduce the impact of engine noise that is generated by smaller vessels. We’re pleased to say that this was extremely successful, further demonstrating that KraitSense™ provides a cost-effective ASW solution for navies of all sizes.”

Richard Scott 14 Jan 2023
Thales has confirmed that the US Navy’s FFG-62 Constellation-class frigate is to be equipped with its CAPTAS-4 low-frequency VDS.