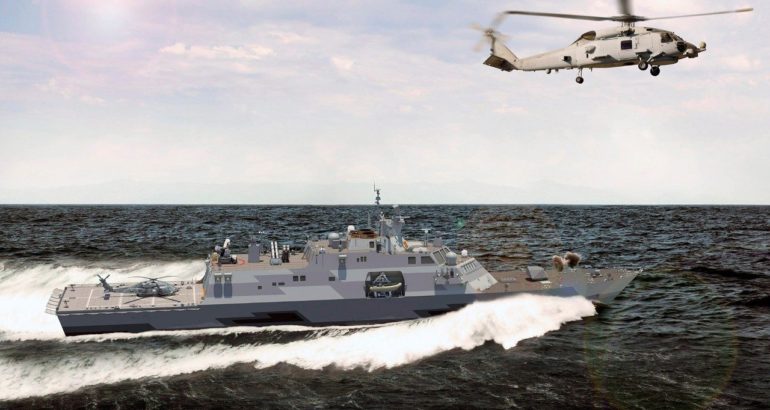 The United States is seemingly proposing four MMSC vessels to the Hellenic Navy as an alternative to the two FDI frigates deal proposed by France, a local media is reporting.

According to Greek defense magazine Doureios Ippos (the Trojan Horse), the Greek government received a formal reply to their Letter of Request (LoR) for Price & Availability information on MMSC vessels. The reply was reportedly sent by the U.S government and came after a Letter of Intent was signed between Greece and France in mid-October for the procurement of two FDI / Belharra frigates.

According to Doureios Ippos, the cost for 4 Multi Mission Surface Combatant (MMSC), a design by Lockheed Martin, would be less than 2 billion euros, including all weapon systems and missiles, plus an initial support package. The MMSC configuration would be similar to the vessels selected by Saudi Arabia, except that the weapons package would include SM-2 medium range surface to air missiles required by Greece (the Saudi ships have 8x VLS cells for ESSM short range surface to air missiles).

For the record, steel cutting for the first Saudi MMSC took place this week in the United States while Naval Group cut steel of the first FDI frigate last week, in presence of the Chief of Staff of the Hellenic Navy.

What is more, Doureios Ippos reports that the US proposal would include the construction of the MMSCs in Greece, under Lockheed Martin supervision and would have provisions for financing through the foreign military sale (FMS) scheme.