The Bundestag (German Parlament) approved the deployment of the Bundeswehr in the crisis management operation EUNAVFOR MED (European Union Naval Force - Mediterranean) "Irini" in the Mediterranean on May 7, 2020.

This new EU-led military operation is part of the European Union’s overall strategy to stabilize Libya.

The Bundeswehr will participate in this mission with up to 300 soldiers. The German Bundestag has approved the mandate for EUNAVFOR MED “Irini” until 30 April 2021.

Implementation of the arms embargo

Germany is initially participating in EUNAVFOR MED “Irini” with a Bundeswehr P3C-Orion maritime patrol aircraft and staff personnel in the command staff. Sea surveillance and reconnaissance will be used to gather information to create a situation picture (pattern of life) in the area of operations.

In addition to monitoring and enforcing the UN arms embargo, EUNAVFOR MED “Irini” is, inter alia, to contribute to the prevention of illegal exports of petroleum from Libya. The operation is also intended to support capacity building and training of the Libyan coast guard and navy. It will further contribute to the dismantling of networks of smugglers and traffickers in the Central Mediterranean.

The German parlament’s decision comes in addition with its decision to extend the German presence in the operation ATALANTA led by the European Union.

EUNAVFOR MED IRINI started its operation at sea with the French frigate Jean Bart and a maritime patrol aircraft contributed by Luxembourg on May 4, 2020. 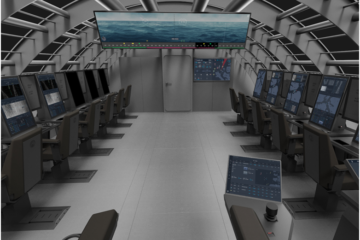 Martin Manaranche 09 Jul 2021
Kongsberg Defence & Aerospace AS (KONGSBERG) has entered into contracts with Norway and Germany to deliver ORCCA™ combat system elements to the six new 212CD submarines, and the Naval Strike Missile to the two nations’ Navies.