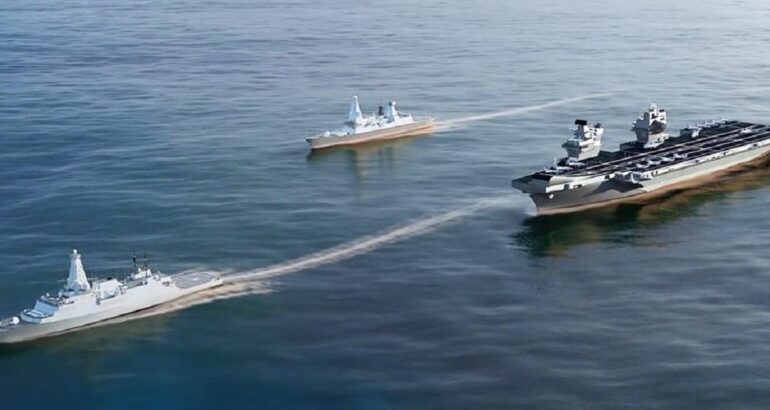 The British Prime Minister has announced the biggest investment in the UK’s Armed Forces since the end of the Cold War, confirming an injection of £16.5 billion over four years. For the Royal Navy, plans for a new "Type 32" frigate have surfaced.

Combined with the manifesto commitment of a 0.5% uplift, the total increase for Defence is a substantial £24.1 billion. Today’s announcement funds a generational modernisation of the Armed Forces so they can defend the UK against future threats, while cementing Britain’s role as a leader in NATO and stimulating thousands of highly skilled jobs across the UK.

On the naval side, the investment will underpin the revitalization of shipbuilding, funding a significant expansion of Royal Navy vessels to create the biggest surface fleet of modern warships in Europe.

The £16.5 billion investment confirms the British Ministry of Defense (MoD) order of 8 Type 26 and 5 Type 31 frigates. The MoD announcement also mentions for the first time the next generation of frigates, known as Type 32, as well as replacement support ships for the aircraft carriers. British newspaper The Telegraph mentions a new multi-role research vessel too.

The British Prime Minister also confirmed plans to deploy HMS Queen Elizabeth to the Indian Ocean and East Asia next year, as part of its first ever long range operational deployment.

While the 8 Type 26 frigates (also known as the City-class) and 5 Type 31 frigates were already planned to be procured, the real surprise in today’s announcement is the mention for the first time of the “Type 32”. Early rumors associated the term with an export variant of Type 31, T4X (Type 45 destroyer replacement), the Littoral Strike Ship project (which appears to be abandoned) or even a typo. Naval News learned from a reliable UK source that this is in fact some sort of “pre program” put in place for budgetary reasons in anticipation of a future potential “Type 31 Batch 2”. The source added that this potential “Type 31 Batch 2” may not necessarily be based on the Type 31 design.

These are obviously the future Fleet Solid Support (FSS). The future two (with an option for a third one) Fleet Solid Support Ships of the Royal Fleet Auxiliary will replace the ageing RFA Fort Austin and RFA Fort Rosalie. These vessels will supply dry stores such as ammunition, explosives and food to Royal Navy ships at sea. According to an RFP noticed issued in May 2018, FSS vessels are required to have a total cargo capacity of up to 7,000 m3 (250,000 cu ft), be able to sail at a sustained speed of 18 knots without resupply and must be capable of delivering non-bulk logistic material whilst underway and making 12 knots through the water and transferring single loads of up to 5 tonnes.

However in May 2019, Fincantieri and DSME withdrew from the FSS competition. On 5 November 2019, the Daily Telegraph reported that the Defence Secretary will halt the order for the FSS “because bidders were ‘not compliant’ with commercial terms and not delivering on value for money expectations.” It was announced last month that the FSS will be built in the UK.

This is likely a replacement for HMS Scott, the ageing ocean survey vessel of the Royal Navy. The ship which was commissioned in June 1997 has an auxiliary role in support of mine countermeasure vessels. Its primary role includes seabed survey thanks to multi-beam sonar systems.