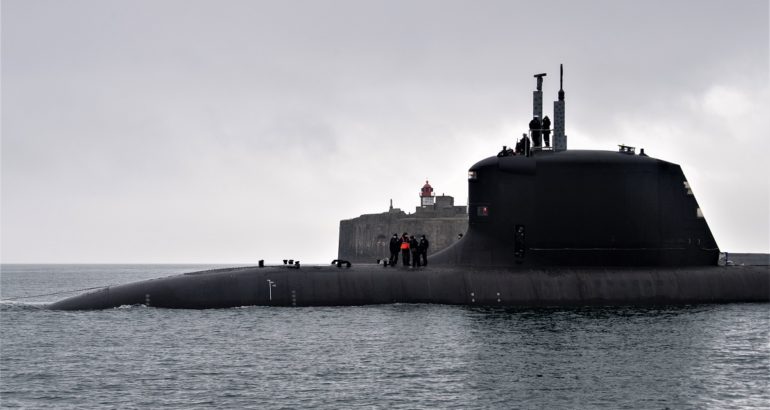 Led by the French Armament Directorate (DGA), these sea trials will last several months. They will confirm the seaworthiness and efficiency of the submarine before its delivery to the French Navy.

According to our information, these sea trials were set to begin in March but have been slightly postponed because of the COVID-19 epidemic. A DGA spokesperson declined to confirm this information however, explaining (yesterday) that “the Ministry of the Armed Forces does not detail the schedule or the nature of any armament program’s test campaign, in this case we will not comment, to date, on the Suffren’s testing program”.

The Suffren has just completed its first dive at sea. An apparently modest step, but much awaited for a first in class ship. The trials of this formidable hunter are launched, they will last several intense months and we will ultimately deliver a formidable fighter.

Admiral Prazuck, Chief of Staff of the French Navy

As we reported previously, the sea trails will initially take place around Cherbourg (where the first static diving was conducted), then in Brest area (for deep diving tests) and finally in Toulon area (in the late summer/early fall of 2020) for tests of the weapon systems. Commissioning by the French Navy should take place in late 2020.

For the record, Suffren was unveiled during a symbolic launch ceremony on July 12, 2019. It was then ‘launched’ from a platform (which belongs to the DGA) which was lowered inside a dry dock. The dry dock was flooded on August 1st 2019. The next big event was the start of the nuclear boiler which took place in December 2019. The first crew completed its pre-sea trials training in December 2019 as well.

Started in the English Channel, these sea trials will lead the Suffren to the Atlantic and finally to the Mediterranean. Carried out under the supervision of engineers and technicians from the DGA, the French Atomic Energy and Alternative Energies Commission (CEA), Naval Group and TechnicAtome, they will be carried out by submariners of the French Navy to check, gradually, all of the ship’s technical and operational capabilities. They will last several months until a delivery scheduled for later this year. During the entire phase of sea trials, the ship remains the property of Naval Group. Suffren is placed under the responsibility of the French Navy for its operational command and as a delegated nuclear operator. As the contracting authority for the Barracuda program, the DGA is in charge of the test campaign up to the acceptance of the ship and its delivery to the French Navy.

French Ministry of the Armed Forces

The statement issued today added that at dockside, as at sea, the test campaign follows the specific health prevention and precautionary measures linked to the COVID-19 pandemic. In particular, all crew memebers for sea trials have been placed in a preventive 14 days quarantine and have been tested negative for COVID-19. On board, wearing a mask will be mandatory at all times and the rules of hygiene and disinfection will be strictly applied.

Static dive test usually consists in the controlled intake of water into the submarine’s ballast tanks until it is completely submerged without the use of its propulsion. The procedure is designed to ensure not only the sealing and longitudinal and transverse stability of the submarine while underwater, but also to record the volume of water that is admitted to the internal ballast tanks. These values ​​are then used to accurately determine the submerged displacement of the submarine.

Static immersion are typically the first in a series of sea acceptance tests. Sea trials will culminate with the test-firing of the Suffren‘s weapon systems:

Tests with the dry deck shelter for special forces (commandos marines) swimmer delivery vehicle will likely take place as well, as some point in the test campaign: