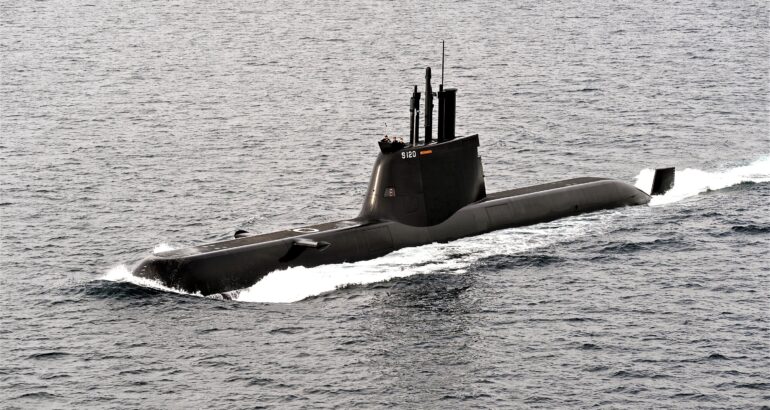 The information was first reported by local defense media Ptisidiastima. The deal, valued at 105 million Euros, includes the following:

As we reported previously, the Hellenic Navy had a requirement to equip its fleet of four Papanikolis-class Type 214 and the single Okeanos Type 209/1500 submarines with new torpedoes. The need was for 36x 21-inch (533 mm) heavyweight torpedoes to replace the ageing SUT Mod0 and SST-4. Competitors to the German company likely included Naval Group of France and Leonardo of Italy.

Contacted by Naval News, Atlas Elektronik didn’t reply yet to our request for confirmation and comment.

Modernization of the Hellenic Navy

The Hellenic Navy is currently involved with an ambitious and wide ranging modernization plan. The plan, approved by the Greek parliament in May this year, consists in:

The plan is also set to include the procurement of 2 (+2 options) new generation frigates and possibly two additional Super Vita type FACM.

Regarding the new generation frigates, France and Greece were involved in exclusive negotiations for a while, for FDI type frigates. However, despite the signing of an LOI, it appears now that the procurement will go through an open tender process. Local sources told us that the likely shipbuilders to take part in the tender are:

While this may officially be an open tender, rumor has it that, but based on the requirements and tender parameters, the MMSC design will likely win. This partly due to the US involvement with local Greek shipyards.

Further down the road, the Hellenic Navy may procure  the Themistocles Corvette and/or the European Patrol Corvette.

According to Atlas Elektronik, the SeaHake mod4 is the dual-purpose and fibre-optic wire-guided heavy-weight torpedo that fully meets the operational requirements of modern Navies. It is specifically designed to meet the confined shallow and blue water environments of today‘s and future naval scenarios.

The propulsion of SeaHake mod4 features the unique modular battery system and an electric motor with very low self noise. It provides high speed and long range combined with exceptional stealth characteristics. The digital sonar system features the unrivalled conformal array and is able to master complex scenarios. It manages multiple targets while identifying and suppressing any kind of jammers and decoys.

Naval News Staff 17 Dec 2021
Saab has received an order from the Swedish Defence Material Organisation (FMV) for the next phase of the life extension programme of Torpedo 62. The order value is SEK 145 million and deliveries will take place by the end of 2023.