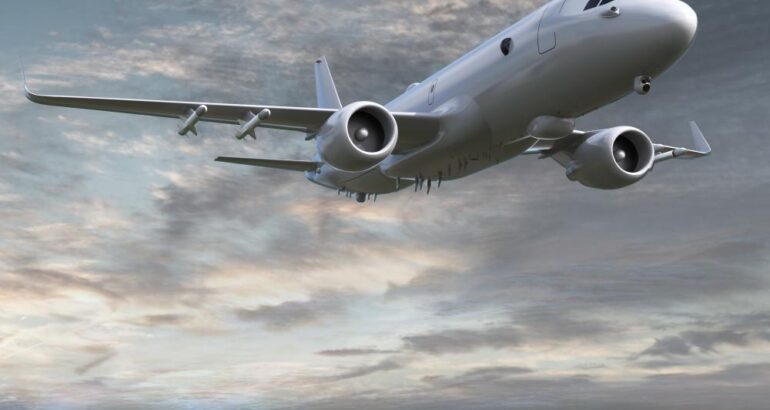 Studies on French-German Next Gen MPA to Start this Month

The French-German MPA program MAWS is finally on track ! The French defense procurement agency (DGA) recently confirmed that the feasibility studies for the mission system will be launched shortly. For the moment, they will involve Thales for the French side, Hensoldt, ESG [Elektroniksystem] and Diehl for Germany. Airbus and Dassault Aviation will not be integrated in the studies until 2021.

The French DGA confirmed that the first studies of the Maritime Airborne Warfare System (MAWS) program will be launched this month. MAWS calls for the development of a replacement for both the French Navy (Marine Nationale) Atlantique 2 and German Navy (Deutsche Marine) P-3C Orion maritime patrol aircraft (MPA).

On 23 October during its annual press conference, the director of the DGA confirmed that the first feasibility studies of the Maritime Airborne Warfare System will be launched within a few weeks. MAWS is intended to replace the French and German MPA aircrafts. The first studies will focus on the mission and combat system. They will be conducted by T-HED, a new entity created for these specific studies. T-HED is regrouping Thales, Hensoldt, ESG and Diehl.

“We are going to initiate the first feasibility study. We decided with our German partner to start with the study of the mission system. This study will be entrusted in the coming weeks to the manufacturers corresponding to this phase of the program, namely Thales for France, and Hensoldt, ESG [Elektroniksystem] and Diehl for Germany.”

Asked about the participation of Dassault Aviation and Airbus in the MAWS program, Joël Barre recalled that French and German authorities chose to focus primarily on the mission system. We can understand that MAWS –like every new combat system– will be a system of systems and not just an armed aircraft. T-HED will have to determine the architecture of the systems required to accomplish maritime patrol missions in the coming decades. That includes electronic warfare, radars, sonar, weaponry, sonobuoys, data links and communication systems.

It seems logical to develop the mission system architecture first, and then to apply it to the appropriate platform (or platforms). According to Joelle Barre, the first phase of the studies will be contracted to T-HED this month. They do not aim (for the moment) to select the airborne platform of the MAWS program. The aircraft manufacturers will be integrated in the MAWS program during the second phase of the studies.

“We have already agreed with the German side that this MAWS system will be based on a European aircraft platform. […] First, we start with T-HED. In the coming months, probably early 2021, we will start a second phase by bringing together the two platform providers Airbus and Dassault Aviation.”

There are several platforms that could fit the Altantique 2 and P-3 Orion replacement role. Airbus has been trying to launch an MPA version of its A320 family for years now. They alternatively proposed an MPA variant of the A319, the A320 and, more recently, the A320neo. Such an aircraft could become a competitor to Boeing’s P-8 Poseidon, but it will require an heavy investment from the French and German armed forces.

Lighter (and cheaper?) options could also be explored. Airbus has already sold some MPA and MSA variants of its C295 transport aircraft. Dassault Aviation is also well-known for the maritime variants of its Falcon family. For example, the Falcon 2000 MSA is operational in the Japan Coast Guard, while the French Air Force has selected the heavier Falcon 8X as its future electronic warfare platform.

Will MAWS program survive the cancellation of the German’s P-3C modernization?

The choice of the future MAWS platform will require major trade-offs between the operational, industrial and economical priorities. But the major challenge of the MAWS program could also be political. Last June, German MOD the P-3C Orion modernization program. When MAWS was launched, the next generation maritime patrol aircraft was supposed to replace the French Atlantique 2 and the German P-3C Orion, all of them being modernized in the meantime.

But while the Atlantique 2 renovation program is on its track under Dassault Aviation supervision, the German Navy is planning to retire its P-3C Orion early, and is now looks at alternatives. And the choice of this alternative will probably shape the future MAWS. If the German MOD chose to replace the Orion with the American P-8 Poseidon, it will probably end the French-German cooperation.

If Germany prefers an interim solution based on an European choice (either the C295 Persuader or the RAS-72 Sea Eagle), MAWS could still have a chance. But this will cast a high level of uncertainty on the program, especially in terms of deadlines. A German choice in favor of the C295 could also compromise Dassault Aviation’s chances in the MAWS program.

And if German’s interim solution becomes a permanent one, it will force the MAWS program to comply with the airframe selected by the German Navy, the C295 Persuader for instance. Without ruining any hope of French-German cooperation, such a path will definitely bury any possibility to develop a real European alternative to the Boeing’s P-8 Poseidon.