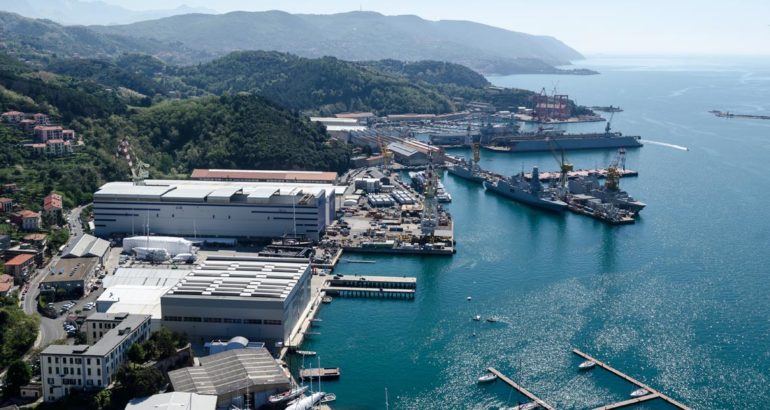 How the Coronavirus is Impacting Europe’s Main Naval Shipbuilders ?

With Europe now at the epicenter of the Coronavirus crisis (according to the World Health Organization), here is an overview of the impact Covid19 has on the main naval shipbuilders of the "old continent".

Italian shipyard Fincantieri announced Friday that it was suspending production across its shipyards for a period of two weeks, because of the Coronavirus crisis.

Following the Coronavirus emergency and in order to apply the measures that the Italian Government has gradually determined, Fincantieri has promptly carried out a series of actions aimed at preventing and countering the chance of infections in its shipyards.

In line with this, Fincantieri considers its key priorities- once again – the protection of its personnel and subcontractors, as well as meeting the current needs of our country. For this reason, and as requested by the Italian trade unions in the March 12 press release of the FIM, FIOM, and UILM secretariats,the company decided to suspend production activities at the Italian sites of Fincantieri SpA. From March 16 to March 29, the production will be suspended through the anticipation of the collective holidays with respect to their traditional use in the summer period.

This decision has been taken considering that the suspension of activities for a 14 day-period is consistent with the indications imposed by the health authorities regarding quarantine in order to reduce the chance of infection, meet the government restriction measures, as well as allow all the workers to carry out appropriate actions to tackle emergency.

The chosen solution, once the situation is normalized, would allow to restart again at full power in order to protect the future of our company and of our country, without resulting in an economic loss for the workers. Only by doing so, with a small sacrifice compared to Italy’s state of emergency, we will avoid jeopardizing our future while protecting the company’s operational continuity, as well as maintaining the employment levels and the trustworthiness gained by Fincantieri with its domestic and foreign customers, which can be assured that, once the situation is normalized, the following ship deliveries will be performed in compliance with the contractual deadlines.

The last naval vessel launched by Fincantieri at its La Spezia shipyard was the Al Zubarah, the first air defense corvette for the navy of Qatar. The shipyard was set to launch the second Paolo Thaon di Revel-class offshore patrol vessel (PPA) vessel for the Italian Navy, the Francesco Morosini at the end of March. However this will now likely be delayed because of the crisis.

Navantia reduces its activity to a minimum

Spain’s national shipbuilder Navantia took “exceptional measures” as a result of the coronavirus outbreak. Contacted by Naval News, a Navantia spokeperson explained that the company has reduced its activities at the shipyards to the minimum that can be done with enough safety measures. It is not a complete stop but the activity is very limited and very controlled.

As a result of the coronavirus outbreak (Covid-19), the following WHO (World Health Organization) declaration of global pandemic and having decreed the state of alarm by the Spanish Government that restrains the freedom of movement and group contact and gathering, and in order to preserve our employees, collaborators and client’s health, Navantia has decided to implement a series of measures, highlighting the following ones:

Therefore, starting Monday the 16th of March, presence in the workplace will be limited only to workers associated with activities considered essential or core, and will subsequently be expanded in accordance with the recommendations of the health authorities.

These measures are intended to preserve the health and safety of the entire workforce and of our collaborators, appealing to everyone’s responsibility so that it has the least impact on public health and the company’s activity.

This measure area being communicated to the workforce of all work centers in the Spanish territory, collaborating industries and clients.

Once the situation is normalized, activities will resume immediately in order to ensure the compliance with all programs.

Navantia is currently building its Isaac Peral-class (S80 type) submarines at its shipyard in Cartagena. Four boats have been ordered, all are currently under construction this yard. The intended delivery date of the first submarine is December 2022.

The last vessel launched at the Ferrol shipyard is Nuship “Stalwart” the second and final Supply-class Auxiliary Oiler Replenishment (AOR) ship for the Royal Australian Navy. It was launched on Friday 30 August 2019. The vessel was set to be delivered handed over in the coming month following successful sea trials. The Ferrol shipyard is also currently involved in the final design/early construction process of the first F-110 frigate for the Spanish Navy (its keel laying has not taken place yet however. Navantia Sistemas is currently working on the frigate’s combat system in Cadiz, in Southern Spain). Speaking of Cadiz, Navantia is currently building the first Avante 2200 corvette for the Royal Saudi Navy at this location.

Contacted by Naval News, a Naval Group spokesperson said on March 16 that the company was implementing specific measures to protect the health and ensure the safety of employees and partners as well as to ensure France’s deterrence (linked to the nuclear-powered vessels of the French Navy). However, the various Naval Group sites maintained a normal production… until today that is.

Following the transition to stage 3 of the coronavirus epidemic, to combat the spread of Covid19, Naval Group is implementing a series of measures to protect the health and safety of its employees and partners and maintain French deterrence posture and operations.

– A group crisis cell was activated several weeks ago and coordinates local crisis cells in France and internationally. The social partners are kept informed daily of the guidelines.

– The Management set up an organization for people whose activities require a presence on site by dividing the production cycles over two periods, either in the morning or in the afternoon. In addition to national measures such as the wider use of telework and the ban on business travel,

– As an international group, in addition to the group’s instructions, the company applies to deploy specific provisions for its employees based abroad in accordance with the directives of the local authorities.

– These measures aim to establish an optimal health and safety framework for all our employees, while preserving as much as possible the continuity of the industrial activity serving our customers, in particular to maintain the posture of deterrence and operations.

Employees of Naval Group and its partners who must go to Long Island or board a vessel of the French Navy are required to comply with the instructions of the Navy.
Information / consultation of Naval Group unions took place on March 16

The last vessel launched at Naval Group’s surface vessels shipyard in Lorient was Alsace, the first FREMM DA for the French Navy. It took place in April 2019. Its sister-ship Loraine is set to be launched in the coming months. First steel cut of the future Amiral Ronarc’h -class FDA Frigate took place at the shipyard in October last year.

At Naval Group’ submarine shipyard in Cherbourg, first of class Suffren SSN is already in the water and was set to start sea trials any day now. Second ship of the class Duguay-Trouin saw its keel laid in June 2009 for a launch to take place next year and a delivery in 2022.

The situation is so fluid, changing day by day, that it is difficult to say what impact the crisis will have on the various programs. The Naval Group spokesperson did say that there will likely be some impacts but that it was too early to estimate what these may be. He declined to comment on the Suffren‘s test program.

Contacted by Naval News, a Damen representative explained on March 16 that Damen and DSNS ( Damen Schelde Naval Shipbuilding) are following the guidelines issued by the Dutch Government and the Royal Institute for Health and Safety Issues (RIVM) nationwide. Damen continuously align its measures with the latest guidelines. As of March 16, production was still ongoing but in an adjusted fashion, taking into account additional HSEQ measures. If further limitation actions are required, Damen will follow them.

A Saab Kockums spokesperson told Naval News on March 16 that production activities at the Karlskrona shipyard (in relation to the A26 submarine programme) takes place as normal while the company continues to monitor the situation and stands ready to comply with local guidelines.

Naval News tried to contact German shipbuilder TKMS but we were unable to reach a spokesperson for comment.